January 22, 2015 Written by adala. Posted in Violaciones No Comments 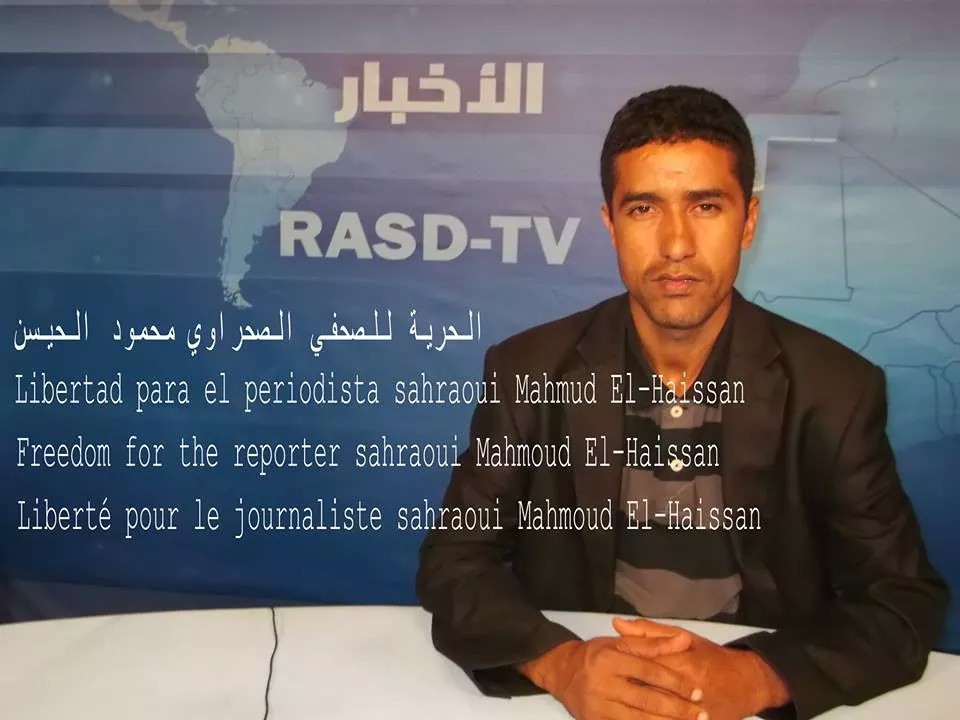 We, undersigned appeal to your intervention in the case of the Saharawi journalist Mr. Mahmoud El Haisan, currently detained in the Black Jail of Laayoune in the occupied territories of Western Sahara.

Mr. Mahmoud El Haisan, correspondent for RASD TV, a local TV station in Western Sahara, was abducted on the 4th of July 2014 at 03h30 by four Toyota Prado with over 20 agents of the Moroccan authorities in uniforms and in plainclothes, in front of his house on Menzuar Street, Laayoune, this is contrary to all international conventions the Kingdom of Morocco subscribes and a clear violation of the Human Rights’ Charta, he was taken to Laayoune’s commissariat, brutally beaten and tortured by the agents on duty and taken to the Black Jail of Laayoune.

He was accused in the first arraignment of being part of a armed mob and of attacks against Moroccan authorities during the celebration of the results of the Algerian football team on 26th and 30th of June.

Mr. Mahmoud El Haisan was sentenced to 18 month of prison. He has serious health issues that are aggravated daily due to the tortures he has suffered several times during his incarceration and the sub-human conditions in the Black Jail of Laayoune.

The arbitrary detention and threats that Mahmoud El Haisan suffered are a clear example of the Moroccan state’s repressive regime against Saharawi journalists working in the Occupied Territories.

We appeal to you to put pressure on the Kingdom of Morocco to free Mr. Mahmoud El Haisan.

We will notify you about our organization's current situation. Subcribe Now
© Copyright 2020 Human Rights for Western Sahara